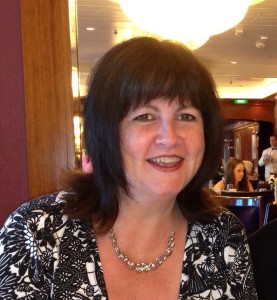 Lou Bundy is the musical director.

Lou has been the Musical Director of AChoired Taste since the choir began in 2002.

She is the Deputy Head Teacher of Horndean Junior School- hence rehearsals take place in the school hall!

Her love of music started at an early age; singing in school choirs from age 5. She has been involved in many musical and dramatic ventures ever since, directing and producing large scale musicals and choral performances for a range of amateur groups in the south. Lou says she loves directing AChoired Taste as she ‘receives far more than she gives’